Ultraviolet Blood Irradiation... What Is It?

President Trump was not talking crazy the other day...
Did you know back in the day this was used to fight infections? 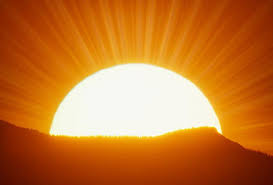 Ultraviolet blood irradiation: Is it time to remember “the cure that time forgot”?

Ultraviolet blood irradiation (UBI) was extensively used in the 1940s and 1950s to treat many diseases including septicemia, pneumonia, tuberculosis, arthritis, asthma and even poliomyelitis. The early studies were carried out by several physicians in USA and published in the American Journal of Surgery.

I've got to give props to TooTallRN,  https://twitter.com/VeteransAlways_For pointing me down this rabbit hole that needs even more digging than I gave it: 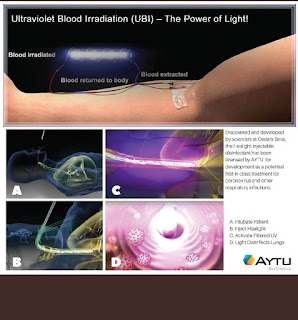 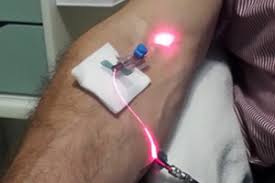 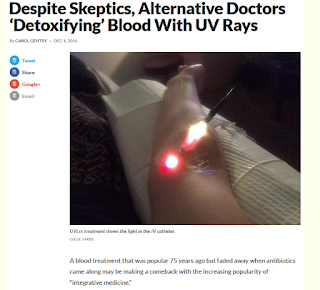 And believe it or not there are places you can still have the treatment today! 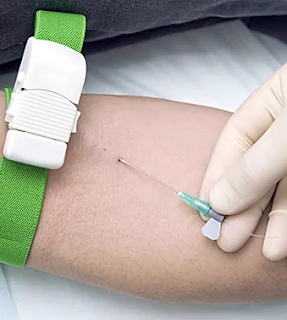 Intravenous Laser Light Therapy (ILLT), which uses the healing properties of low intensity laser radiation, thanks to its unique effectiveness, lack of side effects and specific contraindications, as well as the simplicity and low cost has become used more frequently around the world for almost 30 years.

ILLT has been used successfully in medicine for many decades and ultraviolet radiation (UVR) of blood has been used since the 1920's. In the early 1960's, with the advent of lasers, more and more studies and medical benefits of both lasers and UVR began to emerge. By the 1980's ILLT was being utilized with tremendous amounts of success and research.

One of the most significant aspects of ILLT is it's influence on the transport of Oxygen. Many specialists have measured an amplification of the Oxygen - transport function of the blood due to the affinity of hemoglobin of Oxygen.

Another benefit of ILLT is the changing of viscosity of the blood. The ILLT will decrease the viscosity/aggregation of Red Blood Cells so that they are not "sticking" to each other, thus allowing for better circulation throughout the body.

The ILLT also has an Anti-inflammatory affect on the body due to decreasing certain blood proteins that can lead to inflammation due to over production of the proteins.

Read more at the below link: 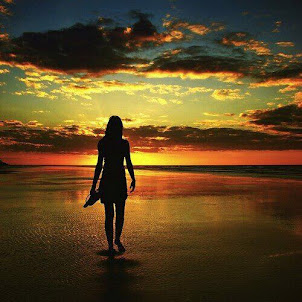